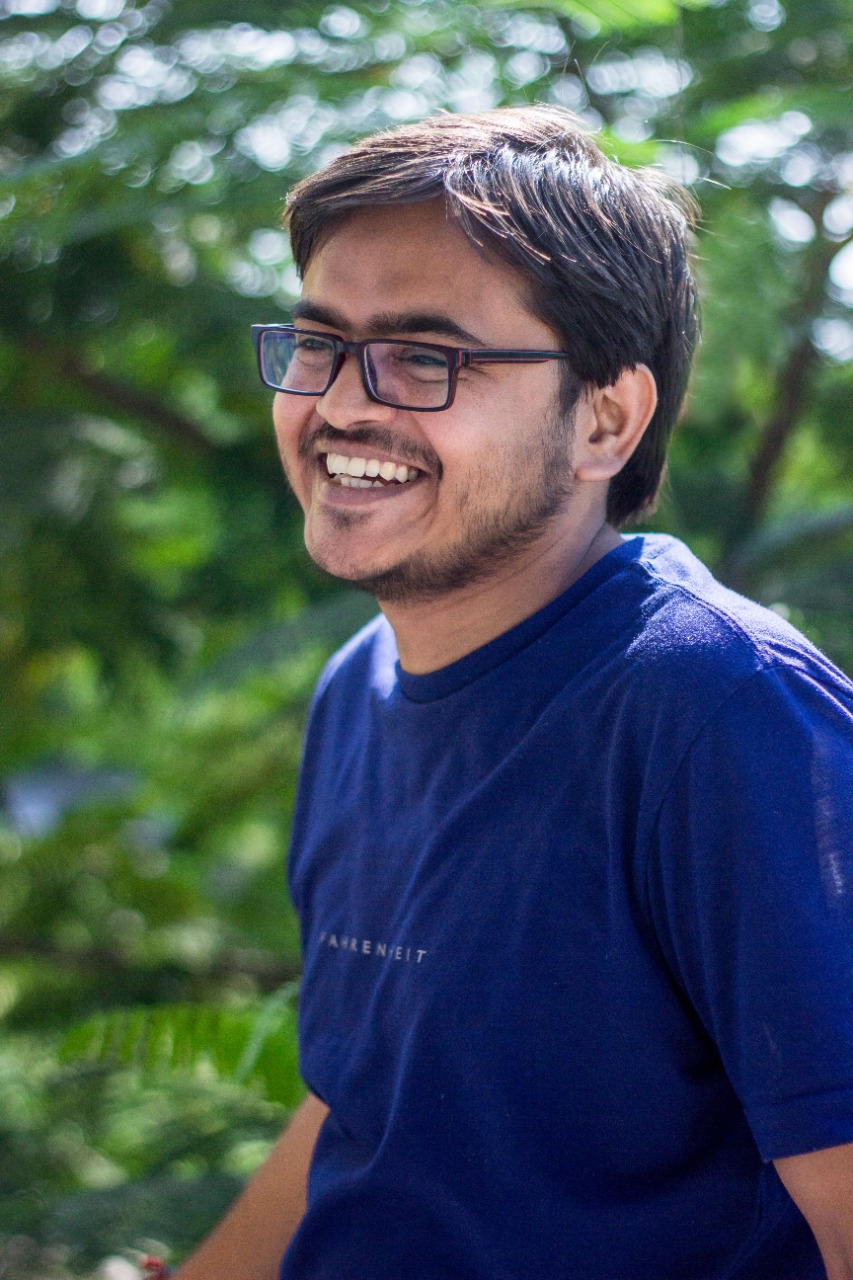 In campus placements Manendra got placed in Infosys and this opened another world of exposure for him. While working with Infosys in Chennai he interacted with seniors with the common interest in movies and even joined a film club. Here he met budding film makers and got an insight of what all he can pursue in film making. Being in bench in Infosys for the first six months provided him another opportunity to harness his talent in film making and he made 2 films during this period with his friends. One of the movies was on a very sensitive topic like Schizophrenia. 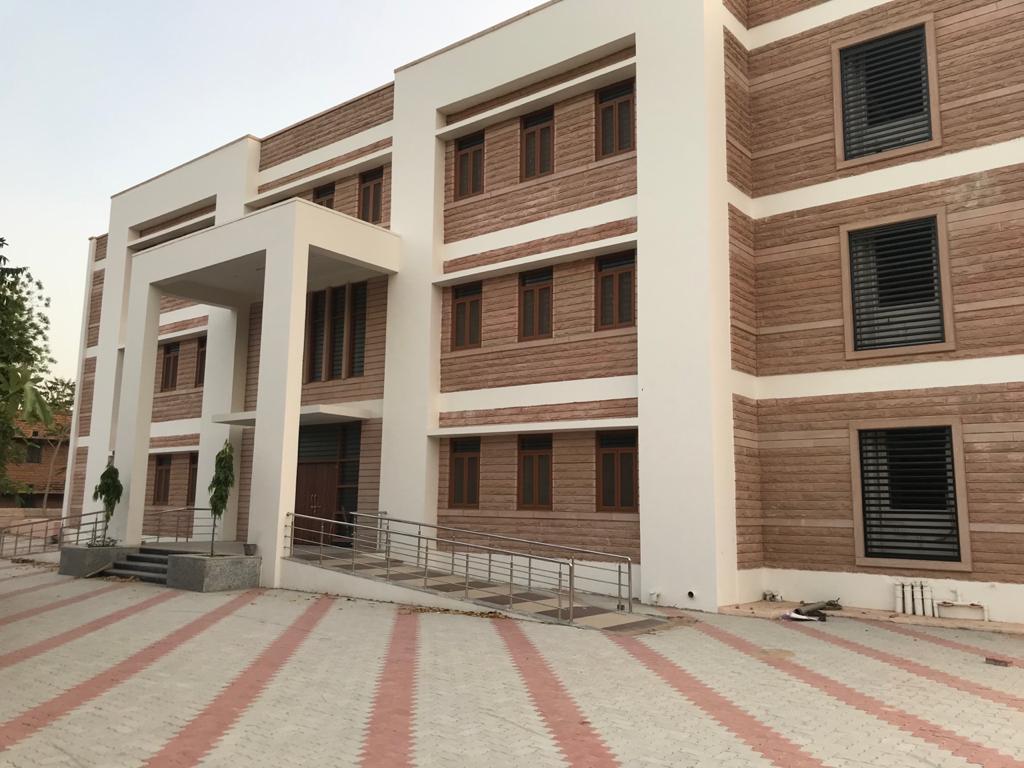 Shree Cement out of their beneficence contributed 2 crores for this project, the company is owned by H M Bangur, whose family had initially contributed rupees 10 lacs in the year 1950 for the establishment of MBM Engineering College, now upgraded as MBM University in the year 2021.The ambitious ENGG GIRLS HOSTEL PROJECT, designed and carried out by the MBM Engineering College Alumni Association, took more than 7 years to complete. 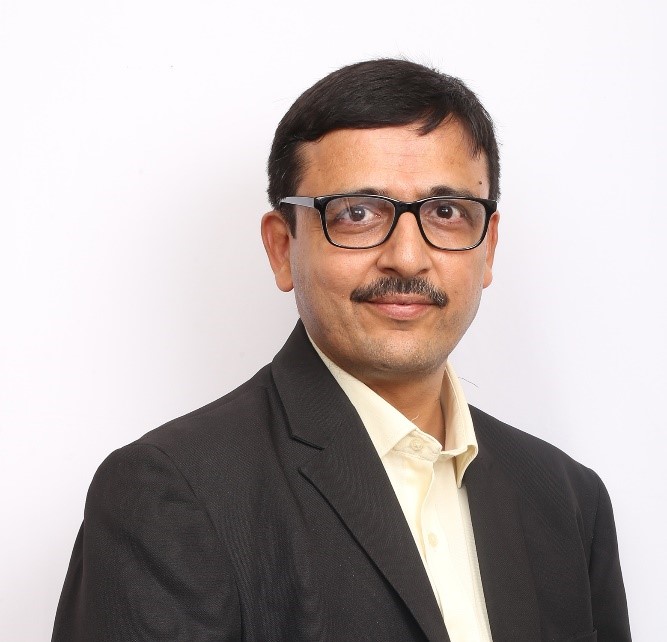 After completing Mechanical Engineering, Er. Lalit Mundra chose uncharted path of Bombay Stock Exchange, as he joined Suresh Rathi & Company as Operations Head in the year 1990. For an Engineer it was completely unknown territory, but with hard work and dedication Er. Mundra learned the tricks of the trade. ” from physical trading when we used to jot down orders on paper to complete digitalization of bourse, from the settlement timing of T+15 to settlement timing of T+2, from no KYC to E-KYC, Stock exchange has witnessed a complete change in last more than 3 decades. There has been a constant improvements in Capital Market because of Regulatory changes. I am a witness to all these proceedings.  We were one of the first brokers to test the BSE BOLT on VSAT and also we were one of the first Depository Participants.” informs Er. Mundra.

Er. Tushar Mangal : Winning against all the odds

Born with the ability to pursue his dreams, this MBM Civil graduate aspires to contribute to the nation’s development. A man of determination, consistency, and faith. His sheer will power to achieve his dreams stays no less than the Arjuna’s for the bird’s eye. Against all the odds, he achieved what he aimed for. This story is about Er. Tushar Mangal, 2019 batch alumnus who got 55 th rank in prestigious Indian Engineering Services. Failures may break you apart making you go bitter, but Er. Tushar’s memoir teaches us very well how these rugged and scratchy paths with failures at every point leads us to the most beautiful places of the world. Rough days and jaggy nights full of hard work and yet when results being unsatisfactory, makes you introspect deep down. He had many barriers to deal with but he lived up to everyone’s expectations and cleared all the hurdles with grace. They do it well when they say Hard works pay off and this time we have proof. 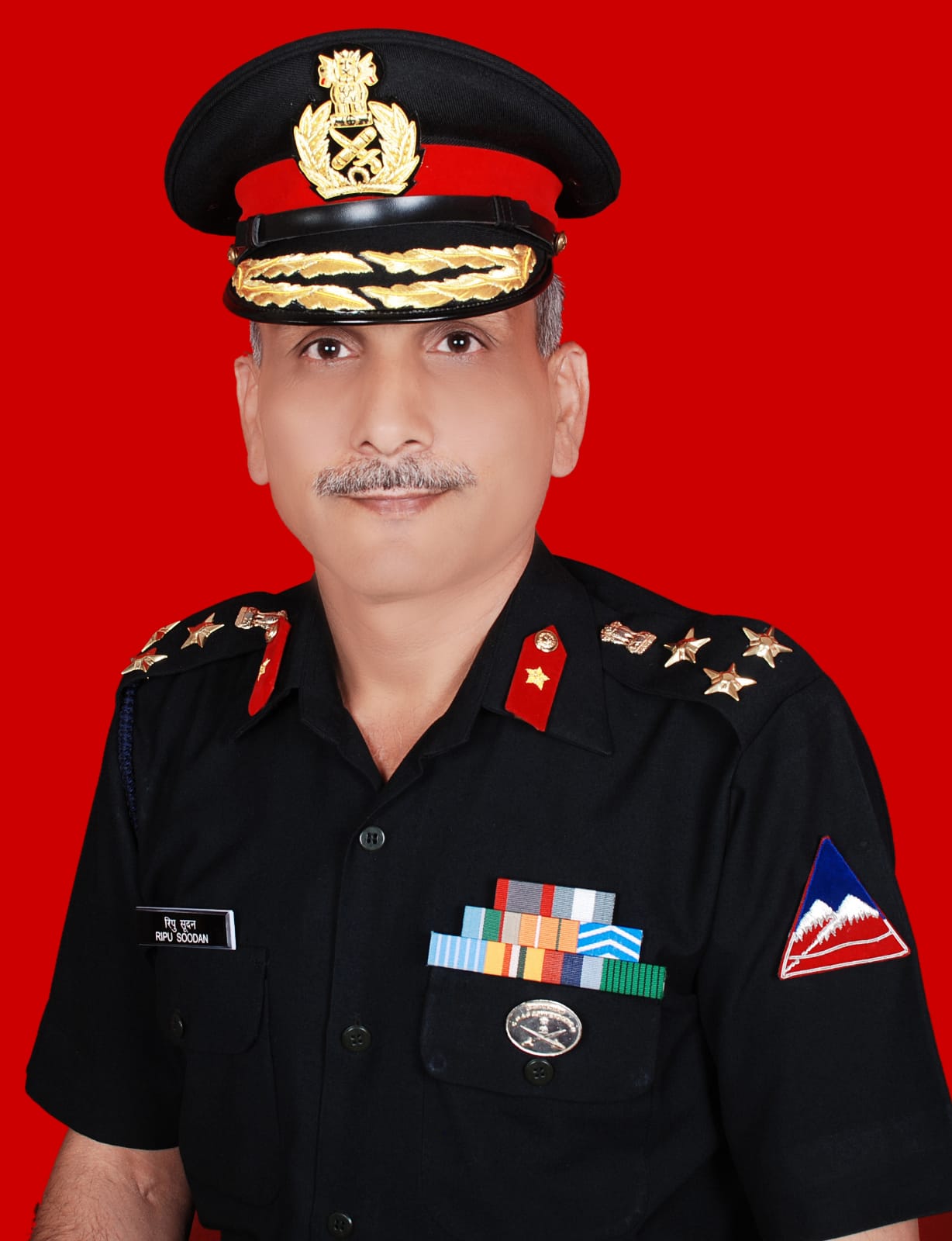 Alumni of prestigious MBM Engineering college have left thier trances in every possible profession, whether it is Corporate sector, Reasearch & Development, Politics,Social Sector, Sports or in beaurocacy. In this edition of MBM Story, we have chronicled the rivetting life journey of Brigadier Ripu Soodan Retd, an alumnus of the 1988 Civil Engineering batch who chose service of the nation above all life comfort. He was selected through the SSB exam and later was trained in Technical Graduate Course at Indian Military Academy Dehradun to be commissioned into the Corps of Engineers and devoted nearly thirty years in field and peace on many crucial assignments including the Chief Engineer in Border Road Organisation. His contributions and exemplary services with dedication and hard work will always inspire us and strengthen the love and pride for our country. 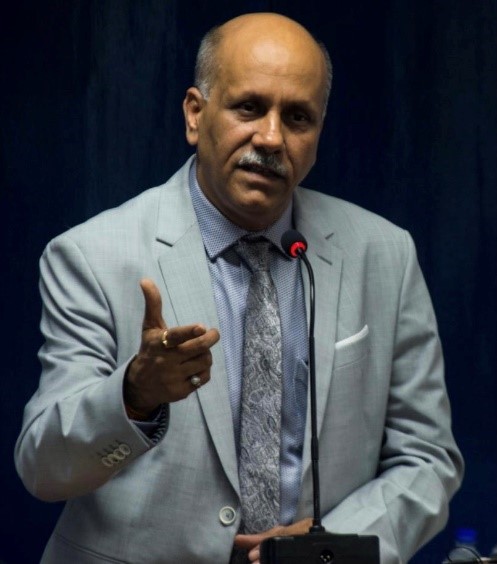 The concept of Ready Mix Concrete (RMC) was very new then and its establishment in the market was still a crux of the matter for many Indian Industries. As someone said “If opportunity doesn’t knock, build a door”, it was the time for The Aditya Birla group to introduce something big to the industry audience. Soon a small team of some experts with  idiosyncratic methods and ideologies, led by a frisky Engineer headed towards the bustling crowd of talented competitors where failure was not a big deal every day and success were stories that ruled the market. This enthusiastic leader with vibrant personality and lots of energy was none other but 1987 batch pass out Civil engineer from MBM Engineering College Er. Ramesh Joshi and the tough grind that the team was going to tackle was “The establishment of the first RMC plant at Hyderabad in 1998″. It was spirit of Er. Joshi and his team that led to the stupendous success of this innovative venture.  Er. Joshi built the Aditya Birla Group’s RMC business from the establishment of very first RMC plant to training and recruiting RMC employees to making over 130 RMC plants across 50 cities in India. With the experience of more than 30 years in Cement Industry, which includes Grey Cement, White Cement and Ready Mix Concrete (RMC) verticals in diverse geographies and versatile roles, Er. Joshi has been spearheading the RMC division of Ultra Tech Cement as Senior Vice President. 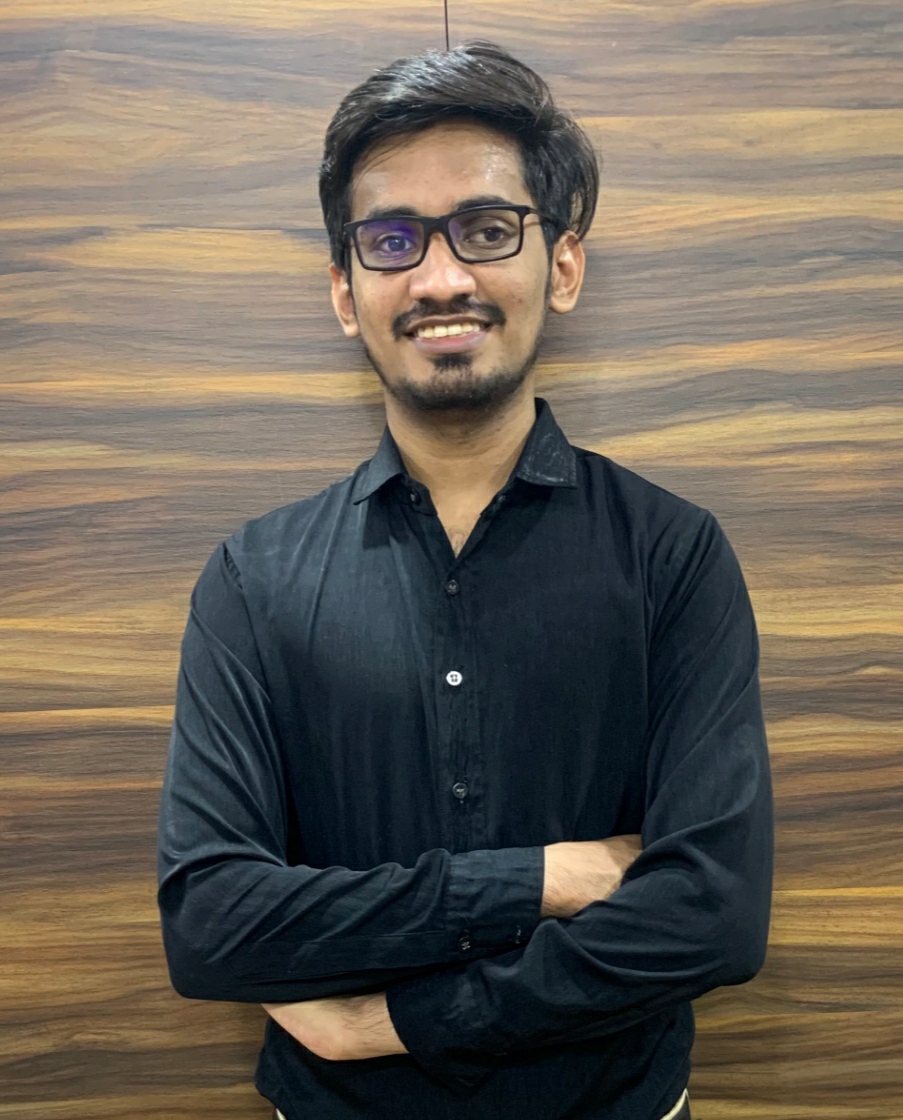 He completed his Schooling from Barmer, After 12 th went to Kota for preparations of JEE, could not get the required ranking for IIT. Joined MBM Engineering College, Jodhpur in 2015 and completed BE in Production and Industrial Engineering in 2019 with modest GPA 6.82. Attempted GATE, 3 times in a row, in his first 2 attempts could not get the college of his choice, he did not loose his heart. He again worked hard, worked on the weak areas, appeared for the GATE-2021 and when the results were out, he was on cloud-9 as defying all odds, he secured an all India 4 th rank in Production and Industrial Engineering. The protagonist of this edition of MBM Story is Er. Rohit Soni, an alumnus of 2019. 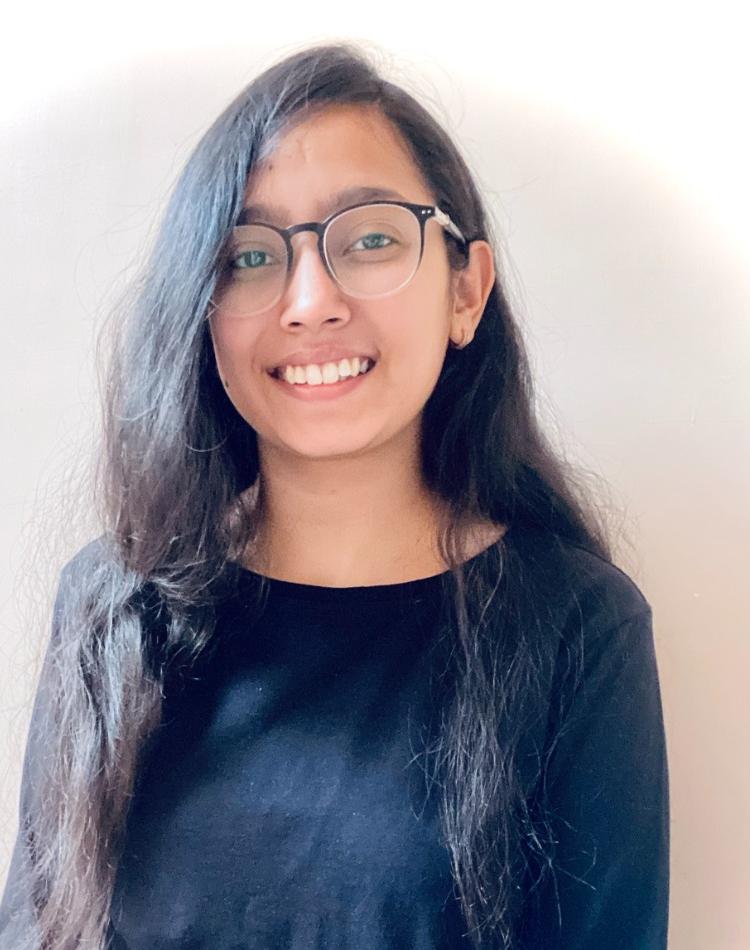 It was a nice 4-year life at MBM. Although almost 2 years went by in Covid, the initial 2 years in MBM were the best time period of my life. I had a very good time with my friends in Jodhpur. The memories of celebrating birthdays, exploring Jodhpur, bunking classes, and every memory attached to MBM are very special. Also a twinning arrangement of MBM with Coimbatore Institute of Technology, Tamil Nadu gave me the opportunity to do my summer internship in CIT. I went for a research internship in the Communication and signal processing domain and also published a paper. We used to work for 5 days in the lab and on weekends, we were free to explore the places nearby us. There I improved my time management skills and realized that you can enjoy and work simultaneously. Many seniors of mine performed extraordinarily. They are very supportive and always ready to guide you.

Words might fall short to describe his achievements, at a very young age he achieved a lot and we wish he continues this journey of fulfilling his dreams. During the preparation, he attended NPTEL courses starting from very low scores but with his consistent hard work, he even ranked among the top 2% .In 2019, he cleared GATE and secured AIR 205 and even in GATE 2020, he secured AIR -216. Amid these two dreadful years (2020 & 2021) which were marred by pandemic, he joined IIT Mumbai in Aug 2020 for Specialization in Communication and Signal Processing and got selected in the Airport Authority of India in 2021 ( Posting is still awaited). 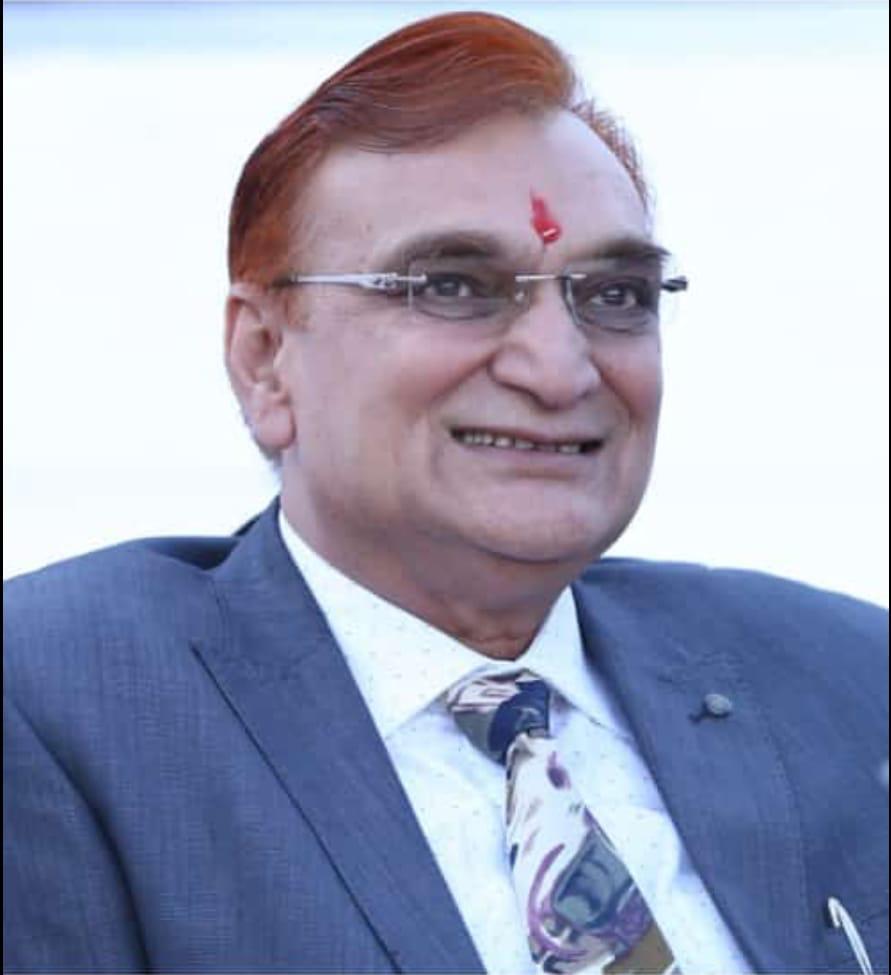